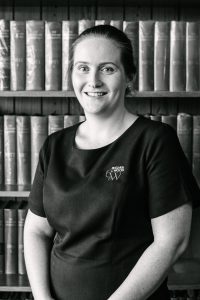 ur team in August 2015. She graduated with a Bachelor of Laws degree from James Cook University Townsville in March 2009 and a Graduate Diploma in Legal Practice from Queensland University of Technology Brisbane in December 2009. She was admitted to practice as a Solicitor in the Supreme Court of Queensland in February 2010 and in the High Court of Australia in May 2010.

Rebecca currently practices in the areas of Criminal Law, Wills and Estates and Property Law.